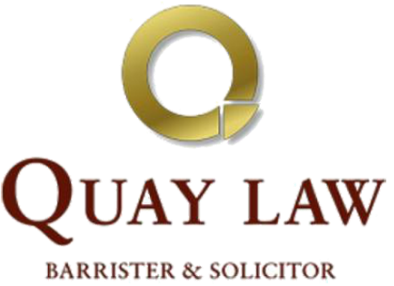 NZ Law – The introduction of the Unit Titles Act 2010.

Unit titles are the most widely used form of multi-unit property ownership. Typical examples of unit title developments include apartment blocks, units, townhouses, office blocks and industrial or retail complexes. The owners in a unit title development own a defined part of the building, for example an apartment or unit, and may also have shared ownership in common areas such as lobbies, lifts and driveways.

It is important to realise that the combination of individual and shared ownership of land and buildings necessarily means that ownership of a unit title entails a different set of rights and responsibilities compared to the traditional concept of house and land ownership. Unit title developments have a body corporate management structure, and all the unit owners collectively make up the body corporate. The body corporate assumes responsibility for a range of matters, including the management, finance and administration of the common property and the building as a whole, and ensures that decisions affecting the development can be made jointly by the unit owners.

There have been numerous changes to the scale and nature of property developments inNew Zealandsince the original Unit Titles Act came into force in 1972. As a consequence the old Act became out-dated and the new legislation now provides the basis for the creation and sustainable management of intensive, multi-unit developments.

The Unit Titles Act 2010 (“the Act”) came into force on 20 June 2011. The majority of the provisions of the Act apply from that date, and the other provisions apply from the end of a 15 month transition period which started on 20 June 2011 and will end on 1 October 2012. The purpose of the transition period is to give bodies corporate the opportunity to prepare for the new default body corporate operational rules and the new maintenance requirements contained in the Act. In effect the Act provides the framework, whereas the Unit Title Regulations 2011 (“the Regulations”) provide the guide as to what people have to do. The Regulations deal with matters pertaining to administration, governance, democracy, finance, disclosure and forms and certificates.

The new default operational rules will apply from 1 October 2012. Obviously bodies corporate will be able to revoke, amend or add to the default rules set out in the Regulations. Unit owners should make sure that they have the most up-to-date copy of the rules that apply to their development. It is recommended that the transition period be used to prepare any changes to the new rules that may be considered necessary. Bodies corporate are also able to opt into the new default rules at any time before 1 October 2012. They should be aware that matters that were in the existing rules and are now set out in the new Act or the Regulations cannot be changed.

Once the transition period has expired, the body corporate’s responsibility for maintenance will entail the common property and all building elements and infrastructure which serve more than one unit. Importantly, it will also be a requirement for bodies corporate to set up a long-term maintenance plan which covers at least 10 years and establish a fund for that plan. The plan must be updated at least once every 3 years.

Bodies corporate have a number of financial powers and responsibilities under the new Act. They must keep accounting records, detailing all the financial transactions of the body corporate, and use these records to prepare financial statements (including financial position, income and expenditure, explanatory material and notes). An operating account must be established, and is used to meet the operational expenses that relate to the unit title development. The new Regulations contain some restrictions on unbudgeted spending from the operating account, only allowing unbudgeted spending if it is under 10% of the annual budget.

Buying and selling a unit – disclosure

Buying and selling a unit in a unit title development is more complicated than a traditional house purchase, as there are additional rights and responsibilities to consider, more people involved and ongoing financial commitments of the body corporate. Accordingly the requirement of disclosure is important to enable the buyer to make an informed decision. Under the new Act sellers of unit titles are obliged to provide prospective buyers with a series of disclosure statements to facilitate an informed purchase decision.

There are various other aspects which are dealt with under the new Act and Regulations. These include how to call a meeting, what you might want to consider at your first AGM following 20 June 2011, the role of the chairperson, committee members and representatives, and how to deal with disputes.
The new Act and Regulations have been designed to be user friendly and to better facilitate the management of unit title developments. However there are more responsibilities placed upon unit owners and bodies corporate and it is important to ensure that you are aware of these.

Our website address is www.quaylaw.co.nz and our blog for regular NZ law tips and updates is www.aucklandlawfirm.co.nz.

To talk to a conveyancing solicitor about your property transaction and ourfirm please contact  a lawyer at Quay Law.

Our legal tips are provided by the Auckland lawyers and conveyancing specialists at Quay Law (New Zealand). These articles cover a range of legal topics and news worthy articles.

We are lawyers in Auckland, who provide practical legal services and conveyancing to a diverse range of New Zealand and overseas client needs. Centrally located in Remuera, Auckland, we look forward to working with you.

Our property lawyers understand that property refinancing and property transfer or conveyancing transactions are diverse and can range from the sale or purchase of a residential house or apartment to something more complex. Transactions may focus on any property market be it retail, office, industrial, retirement villages, residential or rural.

Call us now for our conveyancing

If the replacement of debt occurs under financial distress, refinancing might be referred to as debt restructuring or debt consolidation.

Call us now for our Refinance

Everyone over the age of 18 years should have a will.  This will ensure that your assets will be bequeathed to those persons or entities whom you wish to benefit from your estate. We are able to manage the administration of your assets on death and provide advice to estate executors on any legalities that may arise.

Call us now for wills and estate administration

We specialize in the establishment of the Trust and thereafter are able to support the ongoing management of your Trust along with your Trustees.  It is essential that your most important assets are protected during your lifetime and on your death.

Types of taxation related services include but are not limited to

The drafting of a relationship property agreement requires skill, diplomacy and a good understanding of your requirements to ensure that the desired outcomes are achieved should a separation occur. We are able to assist with setting up Relationship Property Agreements and Separation Agreements.

Types of products and services we provide:

Whether you are a franchisee or franchiser, large and small, we are able to assist you in setting up franchises, entering/buying a franchise, writing and reviewing franchise documentation and expanding franchises, in a personalised, professional and efficient manner.

Our lawyers in Auckland can assist you with:

Social media includes web-based and mobile technologies used to turn communication into interactive dialogue. Social media is media for social interaction as a super-set beyond social communication. Enabled by ubiquitously accessible and scalable communication techniques, social media has substantially changed the way organizations, communities, and individuals communicate. This has in turn had an impact on the law.

Our lawyers based in Remuera are also able to provide advice on general New Zealand legal matters.

If you require expertise beyond our practice, we are able to arrange this necessary expertise for you.

Referrals to Barristers are also provided.

For more information, please contact a lawyer at Quay Law Barrister and Solicitors.

Anonymous • Quote of the Day
GET IN TOUCH